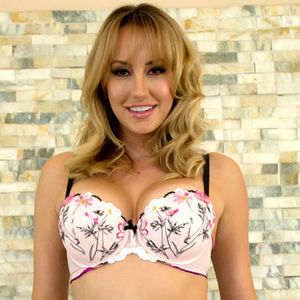 You may have first heard about Brett Rossi from her tabloid exposure when she was dating Charlie Sheen. Rossi got her taste of the limelight early on in her teens when she first worked as a runway model. Then, at 18, she was discovered by Howard Stern and Holly Randall and officially kicked off her porn career. She took a short hiatus in 2013 to attend nursing school but missed the adult industry so much that she returned. Now, Brett Rossi is back and she's confident and she's not taking any prisoners. Her favorite television shows are Breaking Bad and Criminal Minds and she's also a featured Sex & Dating columnist for Thrillist. Enjoy her virtual reality scene with WankzVR!